How it all started

Sanner Hotel was established by Sverre and Ingeborg Lyngstad in 1930. The married couple bought the original farm Sanne, and started a guesthouse next to the farm.

At this time, the guesthouse could offer one double and one single room on the second floor, and the daily rate was NOK. 3.30, -. The Lyngstad couple's focus on hospitality prompted the guesthouse to quickly become popular with tourists, which in turn resulted in a number of extensions, upgrades and acquisitions of neighboring properties. In 1932, they bought the "Villa" from the 19th century, which is today known as the main house at Sanner. The price for the house and more land cost NOK 10,000, - which was a significant expense for the young couple during the difficult economic situation of the 1930s. They put their heart and soul into the hotel, which led to the guests feeling at home and wanting to come back. Ever since, the hotel's motto has been anchored; anything for our guests. 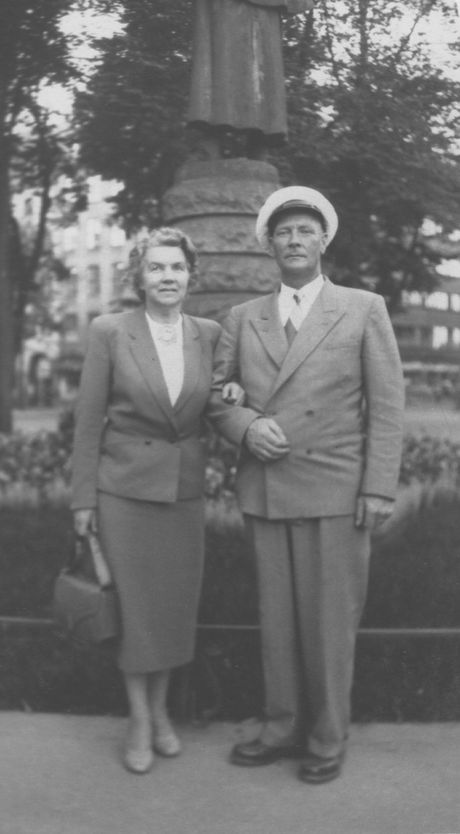 Ingeborg was a good administrator and very skilled in the kitchen, while Sverre was a hard-working farmer and driver. The hotel car, a 1929 Chevrolet, is still in the hotel's property. Ingeborg Lyngstad also had a number of other engagements, including being the first female municipal government representative in Gran Herred. She also took part in establishing the Gran Red Cross and Hjertebo for the mentally disabled in the community. For her efforts in the village, she was awarded the King's Medal of Merit in 1984. Ingeborg's mother Bertha also worked at the guesthouse for many years, so it has always been common to see several generations working at Sanner Hotel at the same time.

In 1969, their daughter Bergljot and son-in-law Thorleif Næss took over the management of the hotel. They decided to stop the farm operations and build hotel rooms, conference rooms, and banquet rooms. They now had guests during all holidays. Sanner Guest House became the Sanner Tourist Hotel. They made sure that the hotel was continuously expanded and upgraded, but the hotel's soul and atmosphere were well looked after along with the motto "anything for our guests".

In 1997, the next generation was ready to continue the history of Sanner Hotel. The sons Svein Jacob and Lars I. Næss had grown up with the hotel and wanted to preserve the unique distinctive character of the previous generations. Since 2015, Lars and his wife Kari have been responsible for the management. Their focus is on home-made food, personal service, interior, art, antiques and architecture, similar to the generations that came before them. Thus, today they are proud to welcome you to a large home where everyone is taken care of.

And the story continues...

The farm Sandr is established

First permanent settlement in the area.

Sverre and Ingeborg Lyngstad buys the farm Sanne and starts a guesthouse next to the farm, with the help of Ingeborg's parents Bertha and Hans.

New owners and a new name

The Lyngstad couple's daughter, Bergljot Lyngstad, and her son-in-law, Thorleif Næss, take over the management of the hotel. The guest house is renamed Sanner Tourist Hotel.

Ingeborg Lyngstad is awarded the King's Medal of Merit for her efforts in the village.

Bergljot and Thorleif's sons, Svein Jacob and Lars, take over the management and become the third generation to run Sanner Hotel.

Sanner Hotel was certified with the Environmental Lighthouse.

Lars I. Næss and his wife Kari runs the hotel and maintains the same great hospitality the hotel is known for.

Sanner Hotel receives a certificate from Tripadvisor, which shows a high number of positive feedback from previous guests.